The beginning of another Kermit Gosnell era in state oversight of the abortion industry?

The Wolf Administration has reverted to the Ridge and Rendell administration’s practice of simply taking the abortion industry’s word for it when it comes to allegations of unethical or illegal activities.

Late last week, the Administration, following what can only be described as a cursory review of Planned Parenthood abortion sites in Pennsylvania, stated that the organization’s hands are clean in the burgeoning nationwide scandal involving the gruesome procurement and trafficking in the remains of unborn children aborted in Planned Parenthood clinics.  Part of the “evidence” provided from the Health Department: a letter from PA Planned Parenthood Advocates Executive Director Sari Stevens, in effect stating they have done nothing wrong. 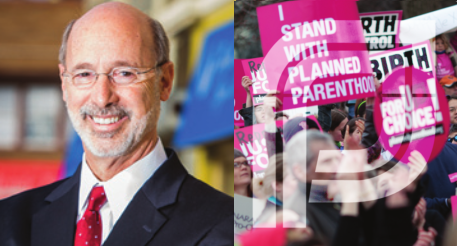 Pennsylvania Planned Parenthood deserves to be investigated given the revelations and allegations in the series of videos released by the Center for Medical Progress, but the taxpayers of Pennsylvania can have no confidence that Gov. Tom Wolf and his administration can or did conduct a fair and thorough probe, given his close ties with Planned Parenthood before, during and after his campaign for Pennsylvania Governor.  Consider:

It is clear that the Wolf Administration is inclined to favor Planned Parenthood, to continue to provide it with millions more taxpayer dollars, and to take its word for it on whether or not it is engaged in the procurement and sale of the remains of aborted babies.  This is wrong, and dangerous.

The Wolf Administration’s cozy relationship with Planned Parenthood and the abortion industry is even closer than that which existed during the Ridge and Rendell administrations, which allowed for the Kermit Gosnell “House of Horrors” atrocities.  As that Grand Jury report indicated, decisions were made “at the highest levels” of those administrations to, in effect, go easy on abortion providers.

It is certainly right to question whether the highest level of the Wolf Administration – including Gov. Wolf himself –  can be trusted to fully and honestly investigate an organization he so wholeheartedly embraces and supports.