From City on the Hill Student to City Council Candidate

At City on the Hill (coming up July 19-25, 2015), we use the political process as a means to model leadership training. Our goal is not that each student run for elected office but that each student be salt and light where God places them to be and to always be advancing their potential. We find it pure joy to see where God leads our students – from heading non-profit organizations (Matt Batzel, Executive Director – American Majority) to military service (Pierce Willenbrock – West Point) to serving as a nurse (Molly Sayre) or lawyer (Alina Dusharm – Trinity Law).

The following essay was written by Lauren as part of a college-admission application (reprinted, in part, with permission): 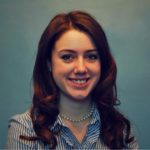 Sometimes, the things you least expect can make the biggest difference in your life. This is precisely what happened to me during the summer of 2009.

Towards the end of my junior year [of high school], I began to make plans for the coming summer. I wanted to use it to prepare for both my senior year and my freshman year of college. I researched several different summer programs before choosing three to apply to.

In April, I was accepted to summer college at Cornell University in New York. I was ecstatic! I would live on campus for six weeks, taking classes alongside college students. The academic benefits were considerable: I would earn six credits and an impressive item to add to college applications.

Although the cost for this opportunity was staggering (nearly $9,000!), I wasn’t too worried about that; I had applied for financial aid, and my family fell well below the qualifying benchmarks. My celebrations, though, proved to be premature. In early May, I received notification of the financial aid I was awarded: nothing.

I was crushed. I had poured my whole heart into this application. I had worked so hard; surely I deserved to go. I questioned what God was doing and why He had closed this door. My mother tried to gently remind me, “God must not want you at Cornell this summer. He must have something better planned.” Sure, but what could be better than Cornell?

The answer to that question surprised me. In June, my mom attended a Truth Project training session hosted by the Pennsylvania Family Institute, and she came home with a brochure about PFI’s City on the Hill youth leadership conference. She suggested that I look into it, even though it was only a week long and offered no credits. I had no other plans; by the time I found out I couldn’t go to Cornell, it was too late to apply elsewhere. I figured that City on the Hill, or COTH, was better than doing nothing at all, and I applied. I was accepted and the cost was within my reach.

On July 19, I arrived on the campus of Lancaster Bible College for a week that would change my life in ways I never imagined. The first night, I, and 54 other high school students were sworn in as Pennsylvania senators. We were assigned bills to present and oppose at the week’s end.

For the first three days, we sat through sessions on public speaking, apologetics, the role of Christians in the public square, and many other things. We ate together, worshiped together, played together, studied together, and had long discussions on political, theological, and philosophical topics. We were assigned political parties and committees; we held caucus meetings and elections.

On Thursday, our committees met in actual committee rooms in the capital building in Harrisburg. On Friday, we used the Senate chambers to debate and vote on bills and resolutions. Our arguments, polished and perfected after committee hearings, were delivered passionately and echoed through the chamber.

It was the best week of my entire year, by far.

I had no idea how thirsty my mind and spirit were for what I found at COTH. I found students who thought the same way as I did; who were motivated and driven by the same forces and striving towards the same goal. I found an environment of true worship. I found new authors whose writings clearly and confidently defending the Christian worldview I had seen torn apart in popular culture.

Free from stress and distractions, I renewed my relationship with God. My vision was clear to examine the motives and actions of my life, and I knew there were areas I needed to change. I was uncomfortably aware that I was not being the “witness” one of our keynote speakers, Dr. Alberta Wilson, spoke of. I also knew that the music I’d been feeding my mind and heart had begun to change me, and not in a positive way. I committed to changing this beginning as soon as I went home.

One of the most incredible things about that week was the sense of unity I felt with my fellow senators and the staff – people I’d never even met before. It’s almost indescribable; it was energizing and so encouraging. We were on the same page; we wanted to serve Christ wholeheartedly, and many felt called to the public square to do so. We were exhorted, though, that whatever we did, we were all called to be witnesses and leaders wherever God placed us.

Lauren Johnson is one of over 500 students that have experienced City on the Hill – now in its 15th year. The next COTH experiences comes July 19-25, 2015. Applications are available now – apply by May 31 & save $65! For an application and more details, go to pafamily.org/city-on-the-hill