“Even if we were to legalize gay marriage, if a photographer had a personal reason for not wanting to photograph that wedding they would not be able to be sued or something would they?” – WITF Smart Talk host Nell McCormack Abom, asking PFI Chief Counsel Randall Wenger in a debate over marriage law (September 2013).

Sadly people across the country are being sued and if PA State Representative Dan Frankel gets his controversial bill passed (HB 300), we will have Pennsylvanians sued and criminalized all for living out their sincerely-held beliefs.

When other states have passed laws like the proposed HB 300, these are the results: 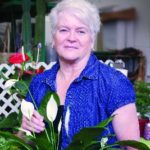 And just yesterday, 70-year-old grandmother Barronelle Stutzman was convicted of violating state law by not providing a floral arrangement for a same-sex wedding ceremony to a frequent customer of hers (whom she served on over 20 occasions). Not only was she sued by the customer but by the state’s Attorney General as well (without even a complaint brought to his office). And not only does this grandmother face losing her business but they’ve sued her in her personal capacity as well so her home and personal savings are in jeopardy. All because she lives her life and operates her small business according to her beliefs.

Do we want Pennsylvania photographers, bakers, wedding hosts – and grandmothers – being sued for living out their faith? It’s the reality if state lawmakers pass HB 300. We urge our elected officials to side with common sense and oppose Rep. Frankel’s controversial bill (click here to let them know).