Why a meeting in Bloomsburg is so important

Bloomsburg Town Council was considering a proposal that would create special privileges for some residents based on sexual orientation or “gender identity” while not welcoming those who believe there’s something special about marriage between one man and one woman.

Laws against tolerance create a new target for discrimination against those who exercise their religious liberty or personal freedom – and often it’s a steep price to pay: 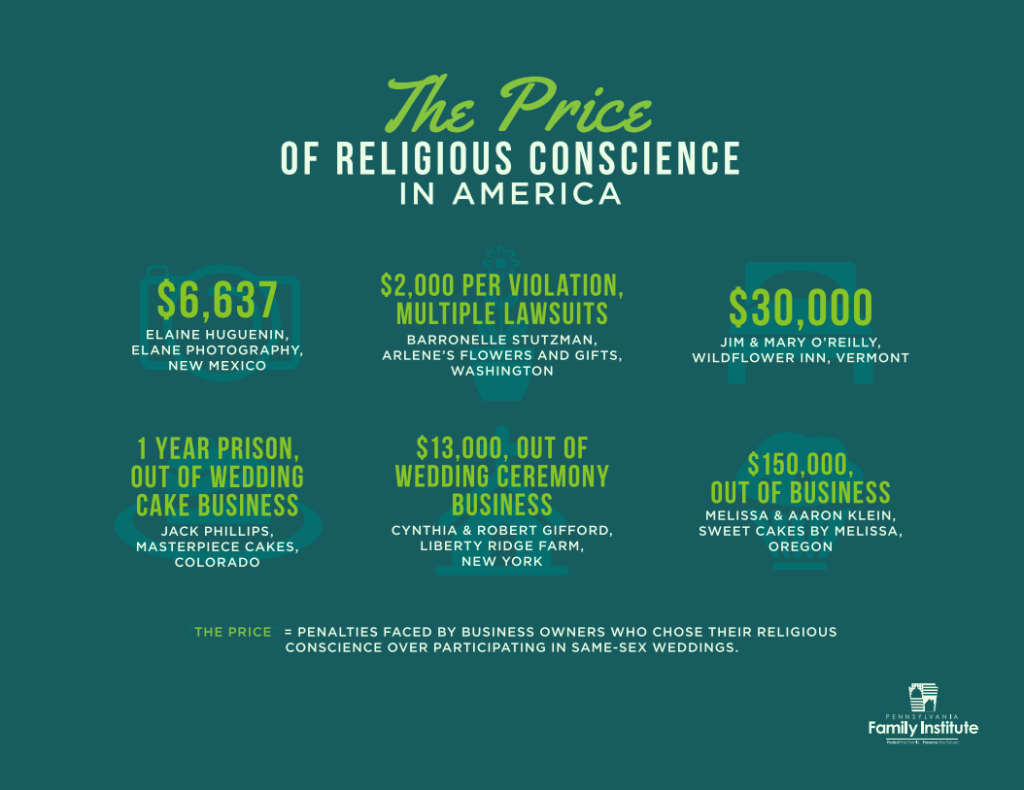 Take Cynthia & Robert Gifford: Because of New York laws against tolerance, they were fined $13,000 for refusing to host a same-sex wedding on their property.

Or look more into Barronelle Stutzman’s story: Washington State Attorney General Bob Ferguson has sued this florist and grandmother both in her personal and business capacity because of their law against tolerance – all because she could not make the floral arrangement for the same-sex wedding of a customer she happily served for 9 years.

We’re glad members of the Bloomsburg Town Council did not move forward with passing a law against tolerance and hope other local and state officials heed these stories when deciding if these types of laws are fair and just for our communities.