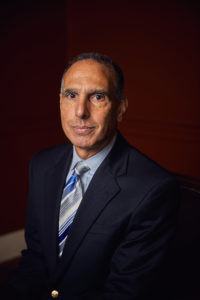 Tom heads the public policy department of the Pennsylvania Family Institute, since 1991. He is responsible for a major part of PFI’s mission: To help enact laws that respect the traditional, foundational principles and values essential for the well-being of society —and to help defeat proposals that do harm. His three major areas are: sanctity of human life, marriage and family, and religious liberty.

As Pennsylvania Family Institute’s chief lobbyist, Tom works with state lawmakers and staff on the “inside” of government – and with grassroots coalitions and pro-family leaders on the “outside.” He tracks legislation, researches and writes talking points for both policymakers and concerned citizens, directs the production of Voter Guides, assists the president in media appearances and legislative testimony, helps craft grassroots action alerts and messages, writes opinion columns and Blogs, and occasionally testifies before legislative committees.

Tom and his wife Kathy reside in suburban Harrisburg with their dogs Max and Sadie, but both consider Easton, Pennsylvania in the Lehigh Valley as their “hometown.” They have four adult children — two daughters, two sons, and two grandchildren.