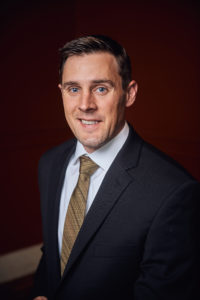 Jeremy Samek serves as Senior Counsel with Pennsylvania Family Institute and the Independence Law Center, where he plays an integral role on the legal and legislative policy teams.  Since joining the staff in May 2015, Samek’s legal efforts have focused on the protection of religious liberty, protecting human life, strengthening the family, and the elimination of sex trafficking. Samek believes that religious liberty is the cornerstone of all freedoms.

Prior to joining, he gave lectures on religious liberty issues, counseled non-profit and religious institutions, and worked pro bono on religious liberty cases in Federal District Court and the United States Supreme Court while he was an attorney at Eckert Seamans Cherin & Mellott, LLC in Pittsburgh, Pennsylvania. Aside from pro bono religious liberty work, Jeremy represented clients in federal and state courts in commercial litigation, consumer protection, OSHA, US Customs, and product liability disputes.

Jeremy and his wife have five children.