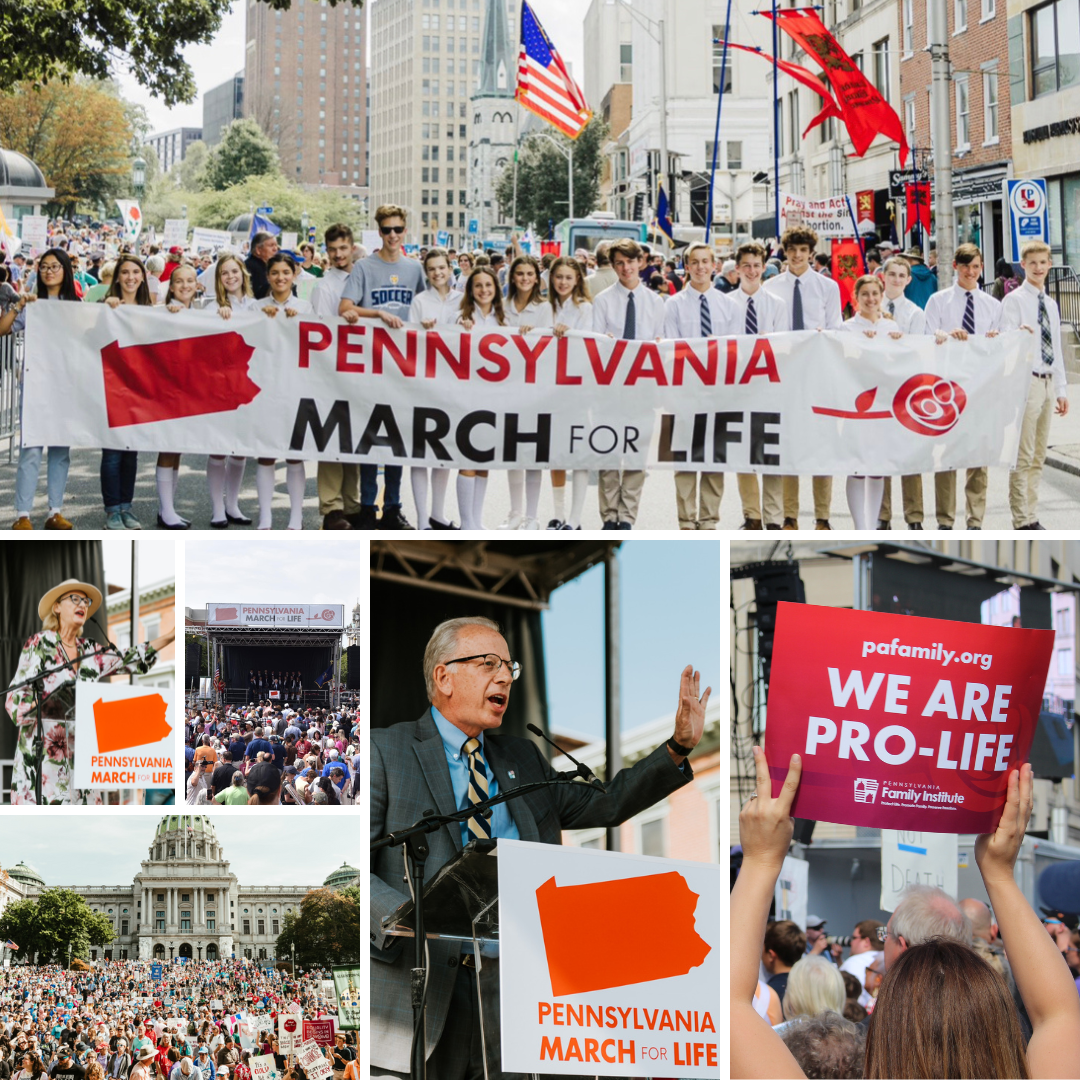 Inspirational rally highlights from the 2022 PA March for Life

The second-ever Pennsylvania March for Life, which was the very first state march in a post-Roe America, witnessed a tremendous turnout at our state capitol in Harrisburg and included so many inspirational speakers who spoke in support of life.

Here’s are some highlights:

Archbishop Nelson Perez from the Diocese of Philadelphia opened with a stirring prayer:

“Almighty and loving God, we thank You for gathering us together on this beautiful day to raise our voice once again or the defense of life from conception until natural death, for the rights of the unborn, and in a particular way we gather people of faith and people who love live and choose life, to beg You to enlighten our legislature and our government to choose life, to love life, and choose life. Lord, we’ve all traveled here from different places from this Commonwealth; accept our sacrifices of travel and time and praise and thanksgiving for our Supreme Court decision that furthers life and loving life and choosing life. We ask you now, Lord, to help to take this now to our state, and the states all over this country. And we make our prayers to You, Heavenly Father, in the name of Jesus Christ. Amen. “

Next up was PA Family President Michael Geer. After opening his speech by thanking the almost 200 pro-life pregnancy centers throughout PA who serve women and babies and the thousands of people who traveled from all corners of the state, waking up as early as 3:30AM to attend the rally, Geer exclaimed:

“Now bask in this wonderful fact: Roe versus Wade has been tossed onto the ash heap of history!” He continued, “and look at this turnout…Pennsylvania is pro-life!”

Geer also reminded the crowd of the crucial Life Amendment that’s at stake in Pennsylvania.

PA House Speaker Bryan Cutler followed spoke of a change in attitude and spirit of pro-life people in the last year since the end of Roe. In front of a cheering crowd of thousands, Speaker Cutler exclaimed:

“What a difference a year makes! Thanks to your advocacy and prayers we continue to be successful … Last year I stood up here and told you I feel a change in our commonwealth. I don’t think any of us anticipated how big of a change it was at that time.”

He continued, “People on the other side of the issue and in the media will try to tell you that we are out of touch or that we’re behind the times; well I hate to break to those against us, but protecting and cherishing life will never be out of touch, and giving every child a chance to live and thrive is never behind our times, and growing a culture in this culture that believes the right to life is the most sacred and protected right is never the wrong idea. And let me be clear: the highest court in the land has agreed with us.”

Senator Ryan Aument described how difficult it is to comprehend that we are still pleading the case that life begins at conception, and the fight to protect the unborn. Senator Aument noted:

“Considering medical innovation from 3D ultrasounds, to remote monitoring of women and infants, to being able to monitor the heartbeat on your smartwatch or FitBit. These are all medical advancements that demonstrate that life begins at conception.”

Next to the stage was Jeanne Mancini, president of the national March for Life organization. Speaking of the Supreme Court’s decision to overturn Roe, she said,

Dr. Monique Ruberu is a pro-life OB/GYN practitioner in our great state of Pennsylvania. In her speech, she described how anti-life advocates say that women will be wounded if abortion isn’t available to them, but in reality the opposite is true.

Dr. Ruberu said she would like anti-life people “to know that every single day in my GYN office I encounter women who have been wounded through abortion access. Women who have recurrent nightmares, anxiety, depression and infertility.”

Those on the frontlines of women’s healthcare have a unique perspective when it comes to how abortion effects women.

Kathy Barnett, pro-life advocate from Pennsylvania, focused on how taking the life of the unborn not only ends the life of a human, but permanently damages the life of the mother as well. Barnett talked about how women deserve so much better than abortion and there are other options for expecting mothers that are in need.

The reality is the pro-life movement is rooted in love and empathy for those who are most acutely impacted by the devastating effects of abortion.

The crowd, estimated at over 5,000, next gave a warm welcome to Ann McElhinney, author of the book-turned-documentary Gosnell: The Untold Story of America’s Most Prolific Serial Killer. She described her experiences in the courtroom in Philadelphia during Gosnell’s trial and mentioned how some of the things that abortionists testified to on the stand made the jurors audibly gasp in horror.

“The world’s journalists, and especially American mainstream journalists, did not think that that was a story worth reporting every day.”

She called the audience to task and asked them to continue spreading the story of Gosnell and his victims, both mothers and babies, so that more people in our country may recognize the dignity of life and the horror of abortion.

Pastor Charles Stock from Life Center closed the rally with an uplifting prayer and reminder:

“Your feet and your prayers and your hands are going to be the mobilization that brings it into law in state after state. Would you join with me in thanking God and praying that Pennsylvania becomes a completely pro-life state?”

Each of the speakers left rally attendees cheering and more enthused as the start of the actual march began. The full livestream of the rally is available here.

PA Family thanks each of these speakers for sharing their time and testimony as we build up the culture of life in Pennsylvania!