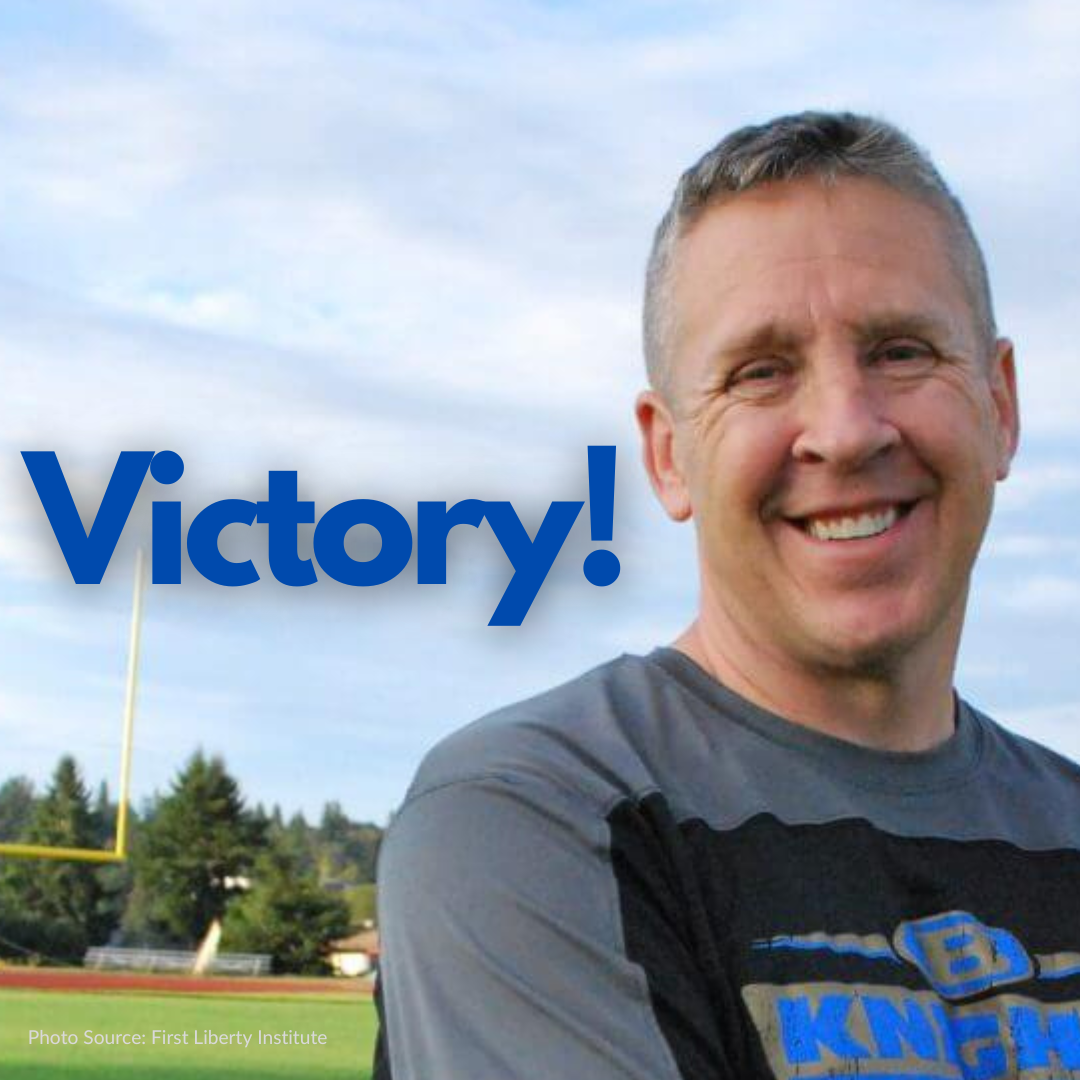 (HARRISBURG, PA) In a 6-3 decision, the US Supreme Court ruled today in favor of Coach Joe Kennedy, a high school football coach who was fired for taking a knee and praying at the fifty yard line after games, where he was often joined voluntarily by members of the team. The school told Kennedy that he was not even permitted to pray silently, alone at the fifty yard line.

“This is a great victory for religious freedom,” said Randall Wenger, Chief Counsel of the Independence Law Center. “When something as small as a 30-second prayer at the end of a football game can cause a coach to be fired, but teachers are crossing the line by advocating for any manner of political or ideological views in the classroom, it’s clear that we’ve not achieved neutrality towards religion. Religious speech should be treated with the same respect as other speech, not reacted to like asbestos that must be entirely remediated from school.”

The Independence Law Center wrote a brief on behalf of the Pennsylvania Family Institute and other family policy councils highlighting the importance of religious liberty and free speech.