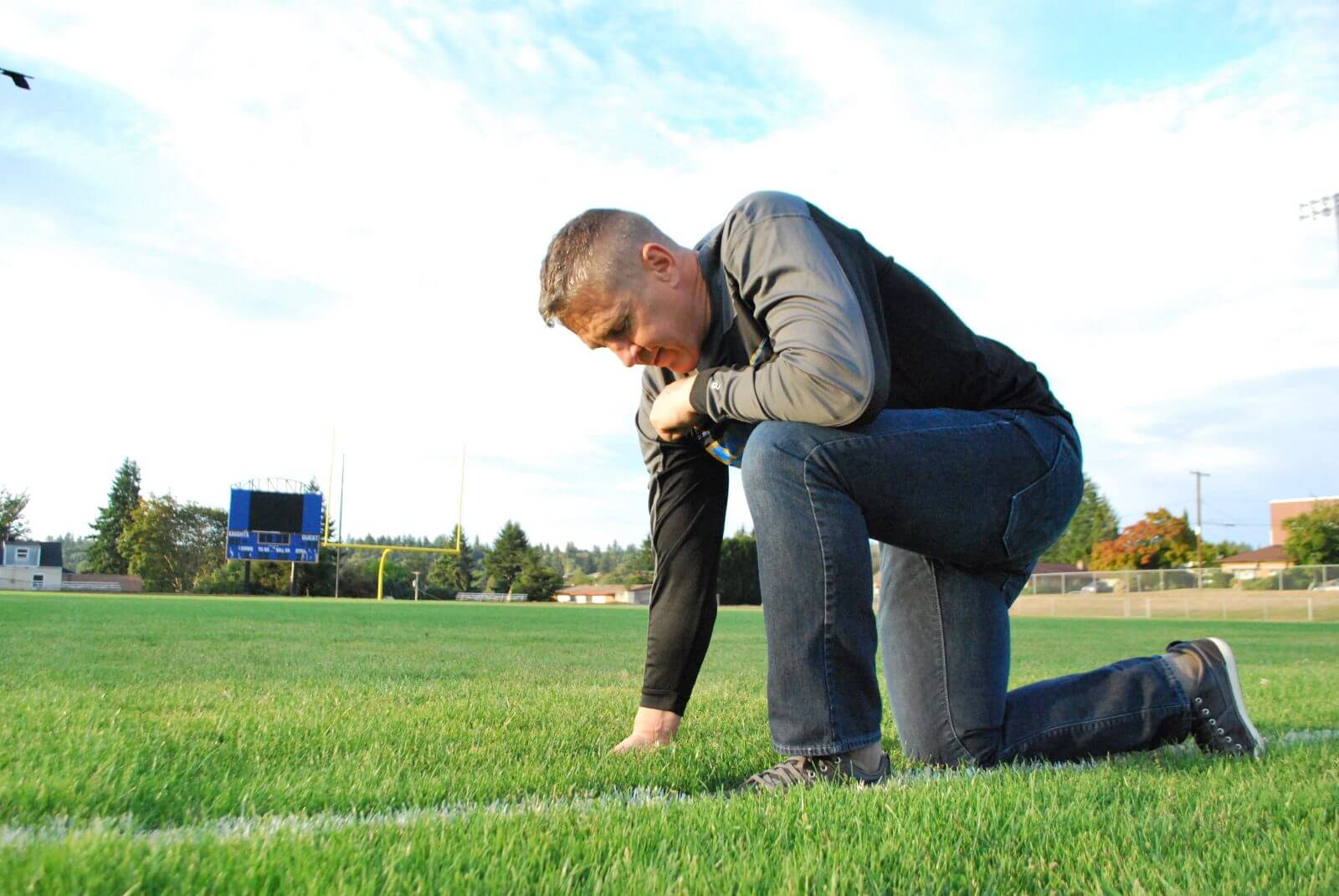 Who is this coach? Was he really fired for praying? And how does this impact families in Pennsylvania?

We sat down with PA Family’s Randall Wenger to discuss this case and why he authored a friend-of-the-court brief in support of the coach and religious liberty.

Who is Coach Kennedy and what is his case all about?

Randall Wenger (RW): For those who aren’t aware, this case is about Coach Joe Kennedy, a high school football coach who was fired after he prayed at the 50-yard line following a game. Coach Kennedy, an 18-year Marine veteran, had been taking a knee to pray a quiet prayer after every game for seven years.

You listened to the oral arguments at the U.S. Supreme Court. What were some of your takeaways?

RW: The Justices had a lot of questions, and the hour argument went for almost two hours.

Perhaps the most pressing question for the Court was whether the coach’s prayers could be viewed as coercive. The Justices did not want any student to feel pressured to adhere to someone else’s religious faith.

Justices Barrett and Kavanaugh both addressed the fact that the danger of coercion is not limited to religion. Consider students taking on teachers’ political causes or ways of thinking in order to do well in class.

Justice Breyer discussed the history of the Establishment Clause, and the argument that it was needed in order to end divisiveness over religion. But clearly a lot of things divide us. Religion is probably no longer the most controversial. We wrote our friend of the court brief to point out that there’s a lot of controversial advocacy going on in schools, pushed by teachers with a religious-like zeal. But only religious speech is stopped. As a result, we haven’t achieved neutrality towards religion, but hostility.

Justice Sotomayor suggested that the coach’s problems are a result of the coach praying in a public place. But again, if only religion is prohibited from public spaces, there’s hostility rather than neutrality to religion.

You authored an amicus brief in support of Coach Kennedy. Why is this case so important?

RW: Our team at the Independence Law Center wrote a brief on behalf of the Family Policy Alliance, and other family policy councils like the Pennsylvania Family Institute, because of the importance of religious liberty and free speech. When something as small as a 30-second prayer at the end of a football game can cause a coach to be fired, but teachers can advocate for any manner of political or ideological view in the classroom, it’s clear that we’ve not achieved neutrality towards religion. Instead, that communicates that religion is a poisonous substance, like asbestos, that must be entirely remediated from school.

The better approach would be to recognize that not all speech is that of a school. In a free society, we should protect private religious speech, not punish it.

The Justices are expected to rule on Coach Kennedy’s case by the end of June. What do you expect will be their ruling?

RW: Based on what Justices Thomas, Alito, Gorsuch and Kavanaugh said previously, we expected them to be sympathetic to protecting the coach’s private, religious speech. It appears from Justice Barrett’s comments during the oral argument that she’s sympathetic as well.

Our hope is that the Court recognizes that some speech should not be attributed to the government, but to the individuals like Coach Kennedy who are clearly acting on their own. And such private religious speech should be protected by our constitution.