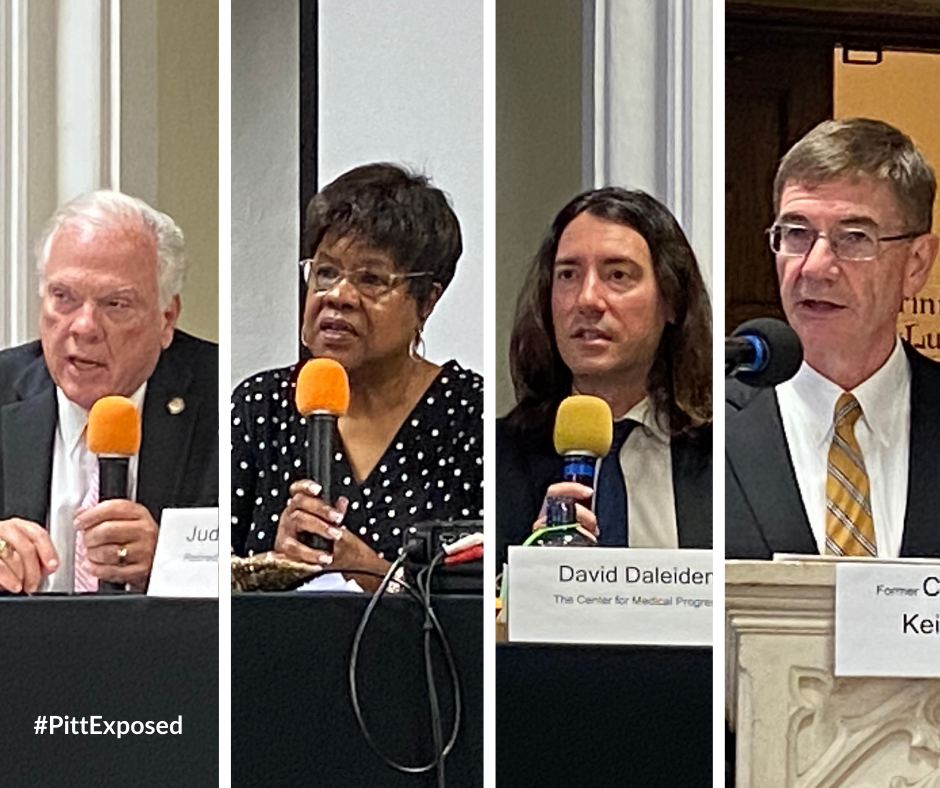 Will the University of Pittsburgh be held accountable?

This was one of many questions discussed at yesterday’s #PittExposed roundtable discussion to address the horrific experimentations using parts of aborted babies at the University of Pittsburgh.

David Daleiden from the Center for Medical Progress (CMP) sat on the panel and drew attention to grisly details from research papers stemming from the “humanized rat model” experiments at Pitt. Daleiden pointed out that Pitt’s experiments in grafting the scalps of babies onto rats must have used the heads from partial-birth abortions, because other second or third trimester abortion methods would crush the skulls to the point of inefficacy for the experiment.

Pitt has long worked towards being a national hub and “pipeline” for these inhumane and unethical experiments using aborted baby parts. What makes matters worse is these grotesque experiments were funded by taxpayer dollars.

Judge Allen spoke towards the racial quotas set in these inhumane and taxpayer funded experiments, along with their ties to Planned Parenthood and their racist founder Margaret Sanger. “How can the University of Pittsburgh justify working with Planned Parenthood and the entire abortion industry at any level? …They owe their very existence to racism and Margaret Sanger,” shared Judge Allen.

Rep. Bonner gave a global perspective on the legal history of the protection and recognition of the unborn child in the womb. Prior to Roe v. Wade, the law actually historically recognized the fetus as a person legally. He also noted that when the Pennsylvania legislature gave the University of Pittsburgh an opportunity to respond to the allegations and information that David Daleiden uncovered, Pitt sent an employee who had only been with the university for six month and had no knowledge of the fetal research taking place. What he did know, however, was that Pitt had moved one of its highly controversial experiments – involving babies born alive only to be harvested for their livers – to Italy in order to avoid the scrutiny of Pennsylvania law.

On Monday, in advance of the panel discussion, many gathered to rally and pray outside of the UPMC Magee-Women’s Hospital where more abortions happen than any other hospital in Pennsylvania every year. The hospital is also connected to the grisly fetal experimentations that have been performed at the University of Pittsburgh.

The people of Pennsylvania and all American taxpayers deserve answers. The revelation of Pitt’s mission to optimize organ harvesting from aborted fetuses on taxpayer dime raised the concerns of Americans from all walks of life: everyday citizens, lawmakers, faith leaders, doctors, research scientists, reporters, and more. To obtain transparency from Pitt and prevent this horrific research from happening in the future, we must continue to push for full accountability legally, educating the public on what transpired, and praying for an end to abortion and a restored respect for the dignity of the unborn child.