Before the Movie, There Was the Documentary, 3801 Lancaster

While the new Gosnell movie (release date: October 12) is a great opportunity to bring the must-be-told story of the West Philadelphia “House of Horrors” abortion clinic to the big screen, there’s a well-produced documentary that goes behind the scenes and shows you the real people involved. 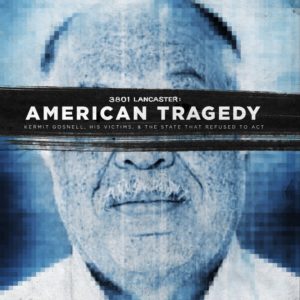 David Altrogge is a filmmaker who produced the award-winning Gosnell documentary 3801 Lancaster: American Tragedy, which contains interviews with Dr. Kermit Gosnell himself and some of his patients. Altrogge was the first to interview Gosnell after his trial, conducting 20 interviews over seven months with him. (Altrogge is also referenced numerous times in the book the Gosnell movie is based on.)

Here are five takeaways from Altrogge and his interviews:

1. Kermit Gosnell is not Hannibal Lecter.

“I think what was surprising is Gosnell had been portrayed as this monster in the media, so I sort of went in expecting to meet a ‘Hannibal Lecter’ [Silence of the Lambs] type character. I was surprised how friendly and charming he was and very much sane, it was a very disorienting thing.”

“What was most sobering to me was that he was a really intelligent man who wanted to help his community, and somehow these ideologies that he bought into led him to do these horrible things. You talk to him and he doesn’t sound like a crazy man. He sounds very rational and collected, and has thought these things out. Then you see the photos from inside the clinic and hear the testimony of the women who went to him and you go, ‘Wow! What did he believe as truth that justified doing these horrible things?'”

2. Gosnell believes the Bible confirms he was doing the Lord’s work.

From Gosnell himself, here’s a clip from the documentary:

3. Gosnell is not an outlier.

“I don’t believe that Kermit Gosnell is an outlier in the abortion industry. If you look at the amount of money he made doing what he was doing, there’s no way that he’s the only guy doing it. [The grand jury report documented Gosnell was making between $10,000 and $15,000 a night from abortions.]

In the film, we also look at another clinic that also had some really dangerous practices going on in Delaware. The similarities between this Delaware case and Gosnell are striking as far as the Delaware Department of State not responding to complaints, just like the Pennsylvania Department of State failed to respond. Just incredibly similar.

Now, are all other clinics as filthy and unsanitary as Dr. Gosnell’s clinic? I don’t think that is an accurate statement either. But it would be naïve to say there are no others like Kermit Gosnell, who was making a significant profit providing abortion services.”

4. We must learn from what happened with Gosnell.

“The grand jury report in the Gosnell case specifically recommended the implementation of ambulatory surgical center standards to protect women seeking abortions, which is what Texas did through state law HB 2. This Supreme Court decision [striking down the Texas law] makes it clear our country hasn’t learned what happens when we make women’s access to abortion a higher priority than women’s safety. It’s only a matter of time before our nation has another abortion clinic disaster like we had in Philadelphia.”

“One of the patients we interviewed and is in the film extensively, she’s pro-choice and she’s very in favor of regulations like this. She doesn’t want to see what happened to her happen to women in states like Texas and Pennsylvania.”

Pennsylvania Family Institute helped to lead the effort to see Pennsylvania lawmakers pass a law making abortion clinics follow the same rules and safety regulations as every other surgical facility in the state. For more on this story, click here.

5. Gosnell is not the only one at fault.

“Gosnell didn’t operate out of a back alley. His clinic was on a busy street in West Philadelphia, just a stone’s throw away from Drexel University. And the raid in 2010 wasn’t the first time that authorities had heard about Gosnell. According to the grand jury’s report, authorities looked the other way for more than twenty years.”

“It was politically incorrect to investigate an abortion clinic. It was a subject that was too uncomfortable to address. Women and babies died because people looked the other way.”

“What were the political forces that allowed Kermit Gosnell to do the things he did? Is the real villain Kermit Gosnell, or the state agencies tasked with the oversight of protecting society from the Kermit Gosnells? He could have been stopped over and over again, and for very political reasons they said, ‘No.’

I hope people on both sides of the abortion issue will watch this film and grapple with the facts of it.”

Whether before or after you watch the new Gosnell movie, be sure to watch this award-winning documentary, which includes interviews with Gosnell himself. 3801 Lancaster: American Tragedy is available now on Amazon (free for prime members), iTunes, YouTube, Vudu, and Google Play.

For more about the documentary, go to 3801Lancaster.com.