Planned Parenthood has covered up sexual abuse in Pennsylvania

Planned Parenthood has covered up child sexual abuse for decades. Live Action has a new docuseries that exposes how Planned Parenthood helps sexual predators cover up their crimes with secret abortions, sending little girls back into the arms of their abusers. 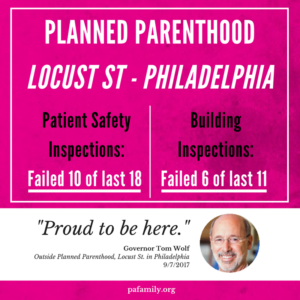 Highlighted in this series is one of Planned Parenthood’s locations in Philadelphia, which is their single largest abortion center in Pennsylvania. This location on Locust Street in Philadelphia has failed 10 of their last 18 health inspections. And in 2013, they “failed to ascertain” if a minor was a victim of a crime and being sexually abused.

Here’s what the state found in their survey of this Philadelphia Planned Parenthood location on August 29, 2013:

“The facility cared for unmarried pregnant children under the age of 16 and the facility failed to ascertain if the child had sexual intercourse with an individual who was four or more years older than the child.”

“Patients listed as 13 year old or 14 year old pregnant showed no documentation that the facility ascertained if the child had sexual intercourse with an individual who was four or more years older than the child.”

This is the current law in Pennsylvania:

Senate Bill 300 and House Bill 1542 would reallocate funding away from entities providing abortion in Pennsylvania and invest in those providing better and more comprehensive women’s health care. Click here to use our Citizen Action Center to contact your State Senator and State Representative in support of this legislative effort. 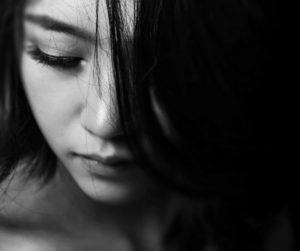