PA Family Council Contacts Every Municipality on Casino Opt-Out; Over 1,000 Exercise the Option 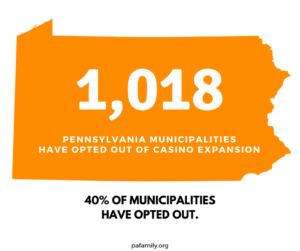