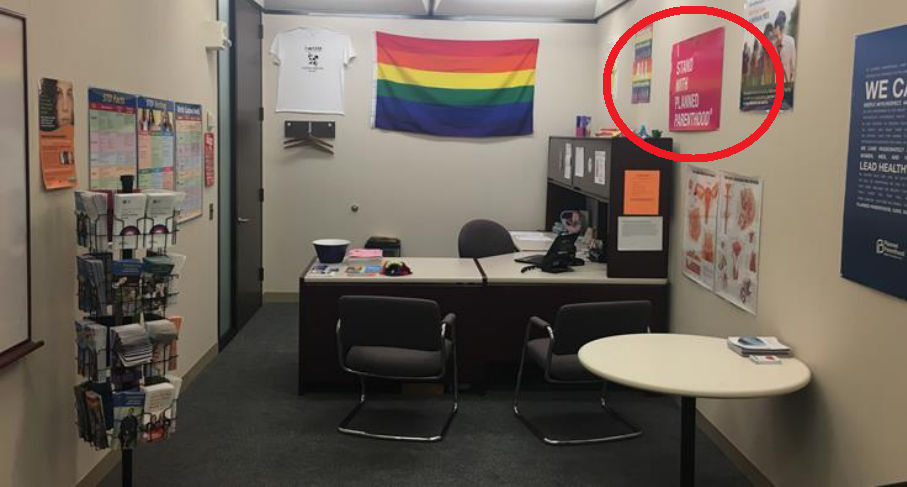 Their sample office looks rather like it should be called the office of leftwing advocacy.

[…] this year, a school where they have an abortion clinic less than two miles away that averages 900 abortions each year and charges between $450 and $540 for each […]