City on the Hill: “One of the best decisions I have made.”

When I first found out about City on the Hill (COTH), I knew that I wanted to attend the program and I did for three summers. Doing so was one of the best decisions I have made and it allowed me to grow spiritually, grow politically, and make some wonderful friends. It even impacted where I went to college!

Spiritual Growth: Leadership is about serving, not pride and glory. 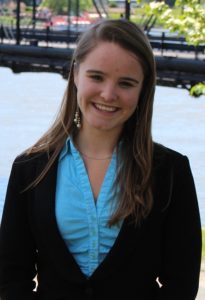 COTH begins and ends each day with devotions that are poignant and thought-provoking. I still remember quite vividly a devotion from my second summer, even though it was four years ago, about the world’s idea of leadership versus God’s idea of leadership. We heard about the distinction between pride and model-ship, where our desire to lead should be born out of seeking to be a good example by modeling Christ, rather than seeking to receive glory. When listening to that devotion, I felt convicted for allowing pride to overshadow model-ship in my desires to lead and to serve others. That conviction deepened when I listened to my fellow “senators” give their speeches to be elected President Pro Temp, party leaders, and party whips. Those speeches reflected a more biblical view of leadership through their emphasis on serving others and absence of selfishness.

As a result of that devotion, my mentality towards leadership radically changed to create foundations for my current understanding of leadership. I began to see all the ways my pride had made me seek out leading people and I began to take steps to correct it. With that change in mind, my third year at COTH represents the pinnacle of that transformation for me. I came into that week hoping to merely serve my fellow senators in the best way that I could, actively checking my thoughts and actions for pride. At the end of the week, I was given the servant leadership award, which represented one of the many ways COTH changed me for the better and prepared me for the current leadership roles I have.

Political Growth: Practical understanding of the political process and current hot topics in a biblical light.

Having always been intrigued by politics and debates, I soaked up all the speakers’ information with great vigor. Even though I had come in with basic knowledge of the political process, seeing peers fill the rolls of party leaders, whips, and pro temps deepened my practical understanding of the complexities within the process.

While learning about that process was incredibly beneficial, my most important aspect of political growth development was understanding current political issues better. Having grown up in a Christian household, I always knew that abortion was murder and found it obvious that a fetus was a human. As a result, I did not know how to articulate a pro-life apologetics argument. COTH speakers like Scott Klusendorf enabled me to analyze the pro-life argument from the philosophical standpoint of the humanity of the unborn and the political standpoint of the right to life.

Another area that stands out in my memory is one of the Christians in the Public Square sessions, where I peppered the lawyers with tons of questions during and after the session since I have always felt called to law and use it as a witnessing opportunity. After telling one of the lawyers that desire, I asked him about his experience in sharing his faith with criminals and fellow attorneys. Prior to this talk I had my heart set on being a prosecutor, but after this talk my perspective began to change due to this lawyer’s philosophy on the law and how Jesus is the greatest defense attorney ever. He spoke about how he runs his law firm, where he encourages those he knows are guilty to plead guilty, fights tooth and nail for those who he thinks are innocent, and trusts God and the justice system for the right outcome when it comes to clients he is unsure of. He also told me that it is much easier, given court protocol, to witness to a criminal if he is your client.

Growing up in a tiny church and going through the public school system meant that I had lots of discipleship from adults and lots of evangelism towards peers, with little peer discipleship. Going to COTH allowed me to experience the different climate of being surrounded by peers who diligently love the Lord. That experience altered where I went to college, with God using the friendships I developed in COTH to show me that He wanted me to attend a Christian college so that my focus would shift from evangelism to discipleship for a few years.

One of the most rewarding aspects of COTH (especially for those marginally interested in politics!) are the friendships I cultivated over those three summers, many of which I still have today. Over the years, we have had summer get-togethers, Christmas parties at the Millers’ house, and random get-togethers. Even after going to different states for college, I have kept in touch with and visited these dear friends.

When I think about City on the Hill, I realize just how deeply God used it to change my life. I now understand leading is serving, I chose to attend Regent University, I developed wonderful friendships that continue to this day, and I gained insight on my future career as a lawyer, all because I attended COTH.

For more about City on the Hill, visit pafamily.org/coth.