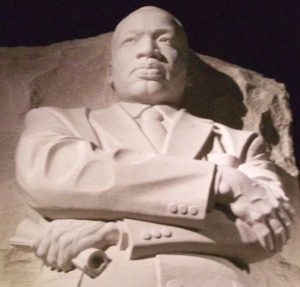 Not only is January 16th Martin Luther King, Jr. Day but also National Religious Freedom Day. This pairing brings up an important question in light of current events, “If Dr. King was alive today, what would he say to forcing someone to participate in an event that violates their conscience, like a same-sex wedding ceremony or President Donald Trump’s inauguration?”

Writer Jonathan Merritt argues that “we can only conclude – like it or not,” Dr. Martin Luther King, Jr. would agree that it should be illegal for cake bakers, photographers and florists in the wedding industry to deny service for a same-sex wedding ceremony. Merritt makes his conclusion based on a response given in a lecture by Dr. King, where he said a business owner “should not have the freedom to choose his customers on the basis of race or religion.”

Merritt, however, fails to see the distinction between the simple provision of goods and services, and what is truly creative expression in service to the public.

We must recognize that racists laws of the Civil Rights era made a wholesale exclusion of an entire group of people from all economic, social and political life simply over the color of their skin, which is not even remotely close to the desire to abstain from participation in a particular event or decline from promoting a specific message.

Business owners declining to use their artistic expression for a specific event are doing so in objection to the event’s message, not the customer, and would serve the specific customer for all other events. We’re now seeing some state governments excluding wedding vendors from all economic, social and political life simply over their expression of free speech.

Today, the push for adding “sexual orientation” and “gender identity” into anti-discrimination law (often called SOGI laws) is resulting in the forced participation in events contrary to one’s beliefs. It’s what has led to a photographer and cake bakers being fined and put out of business for declining to participate in a same-sex wedding ceremony.

There is a difference between choosing which customers to serve and choosing in which events to participate. Barronelle Stutzman has been a florist for 37 years. She has had gay employees. She served gay customers regularly. One such customer, Rob, spent thousands in her shop over a nine-year period, and Barronelle considered him a friend. But when Rob decided to marry his same-sex partner and asked Barronelle for her services at his wedding, she declined, gave him a hug, and referred him to another florist. All seemed well until the State Attorney General found out and went after her.  Now she stands to lose everything she owns because of a state SOGI law.

She clearly was not choosing which customers to serve – she provided flowers for customers of any background. She was choosing not to participate in an event contrary to her beliefs. The distinction is critical.

Think of it in a different perspective. President-elect Donald Trump will be sworn in this Friday, January 20th. For his inaugural ceremony, Charlotte Church was asked to sing. She took to Twitter to say she thought he was a tyrant and declined. Should she be forced to perform?

City and state SOGI laws not only force participation from those in the wedding industry. These laws have forced Christian ministries, like Catholic Charities, into showing no preference where children are placed or be put out of business. They have been used to fire a decorated fire chief because he wrote a devotional on his personal time that briefly mentions biblical sexuality (a lawsuit is pending). They have led to forcing pastors to turn over sermons to city officials. And they have forced open sex-specific locker rooms and shower facilities to members of the opposite biological sex.

On the issue of same-sex marriage, it’s unclear what Dr. King would have advocated for. But Dr. King was an advocate for religious liberty and unashamedly relied on his religious beliefs while advocating for civil policies in the public square. 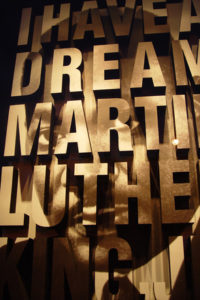 If Dr. King was counseling a young African-American photographer and a racist, all-white church tried to hire her to be their photographer to document them in a positive light during a celebration of segregation event, I believe he would tell her that she should refuse, and should have the right to refuse.  That church might say she is discriminating against them; after all, she most certainly would photograph a church celebration regarding the end of segregation.

Most people can see that this photographer wouldn’t be discriminating against them as a religious class, because she would take graduation pictures or photograph other celebrations for members of that church.  Instead, in this context, she’d be exercising her right to refrain from using her creative expression to further this message. In the same way, the Barronelle’s of our country should have that right.

In the final chapter of his last book, “Where Do We Go From Here: Chaos or Community?,” Dr. King discusses a great new problem of mankind: “We have inherited a large home, a great “world house” in which we have to live together – black and white, Easterner and Westerner, Gentile and Jew, Catholic and Protestant, Moslem and Hindu – a family unduly separated in ideas, culture and interest, who, because we can never again live apart, must learn somehow to live with each other in peace.”

Is there a way for everyone to live in peace? Can someone open their business to all without having to use their talents for events they disagree with?

Dr. King would most certainly be an advocate for such peace.