First Action By Planned Parenthood After Spending Millions This Election: Close Another Clinic 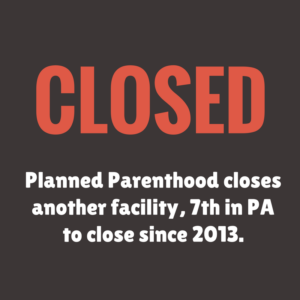