Planned Parenthood Far Northeast (Comly Rd.) and Planned Parenthood Elizabeth Blackwell Center (Locust St.) are by far the two highest volume abortion sites for Planned Parenthood in Pennsylvania. Thousands of abortions happen in these two facilities that are run by an organization that lobbied against the passage of a 2012 state law mandating inspections on abortion clinics; saying it was “unnecessary” and “overreaching.” This even after the atrocities that were uncovered with Philadelphia abortionist Kermit Gosnell; now in jail for the rest of his life.

The glaring fault is their unsafe storage of aborted babies. Pennsylvania law requires the remains of aborted babies to either be frozen or packaged in formalin and stored in a locked designated area.

Any baby aborted at 12 weeks or younger at Planned Parenthood on Comly Road in Philadelphia was being rinsed in water, thrown in a bag without preservatives and placed in a closet.

Aborted babies older than 12 weeks are “placed in Formalin and sent out, via FedEx, to the contracted laboratory site.”

Other inspections revealed this Planned Parenthood had instruments that were not properly sterilized and wet stains on various wraps and pouches.

The Locust Street location carries out the most abortions for Planned Parenthood in Pennsylvania – over 5,000 every  year. This location also failed inspection. There was not one but twenty-three syringes and needles being stored outside of sterilized packaging. Not only were their medical instruments improperly sanitized but there were several darkened stains found on the carpet and patient benches. 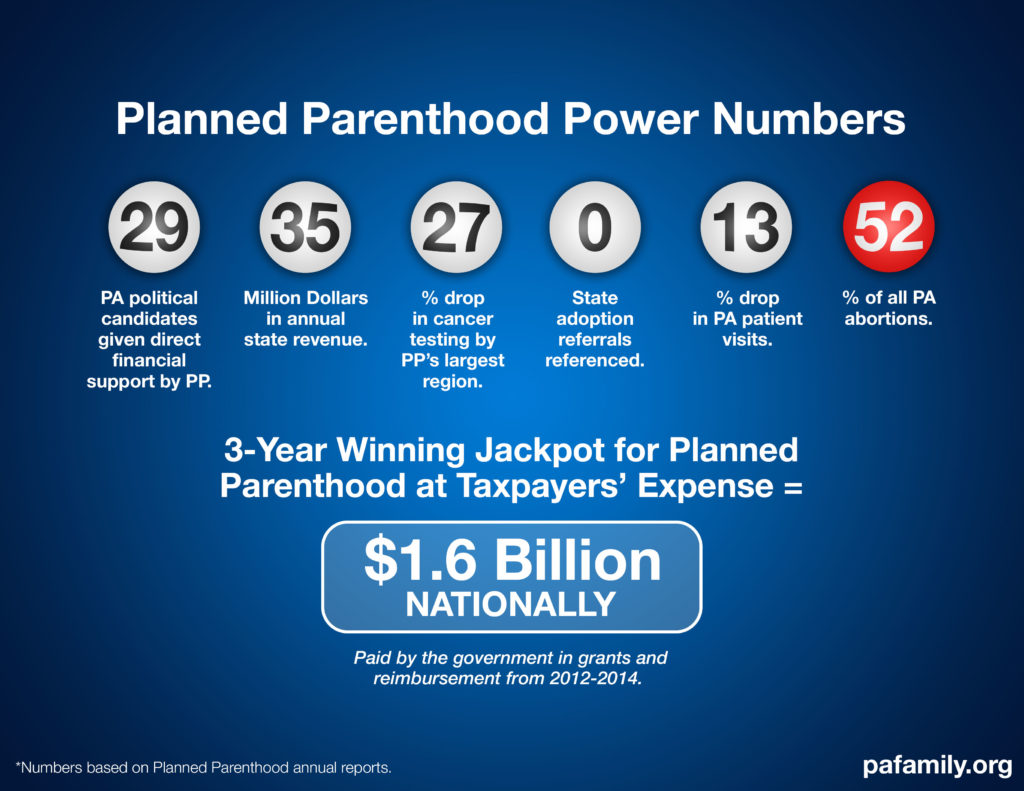