Is it fair to compel Christians to do something that violates their faith?

The Giffords are a Catholic family living on a working farm outside New York City.  Like many family farms, the Giffords open the farm to the public for family activities like berry-picking, hayrides, and so on.  They also used to rent out an event space in the lower floor of their home on the property.

After marriage was redefined in New York, the Giffords received a strange call asking specifically about using the event space for a same-sex wedding.  They told the caller—who in fact had no intent to use the facility at all but simply wanted to harm them through a lawsuit—that they would be unable to host such an event.

This type of targeting of Christian businesses has been common in states with laws like Pennsylvania’s proposed “Fairness Act.”  Activists looking to “out” and to punish religious business owners for living out their beliefs on marriage can count on courts to rule in their favor without any real cost to them.  The “Fairness Act” puts a target on the backs of religious persons who dare to step into public life at all.

In the end, New York courts did rule against the Giffords to the tune of $13,000 in fines and fees.  They had to stop hosting weddings of any kind, and had to lay off their full time event planner.  All in the name of “fairness.”

There’s nothing fair about putting the state on the side of unscrupulous activists against conscientious religious business owners.  Please contact your state representative and senator and urge them to oppose HB 1510 / SB 974 – the so-called “Fairness Act.” 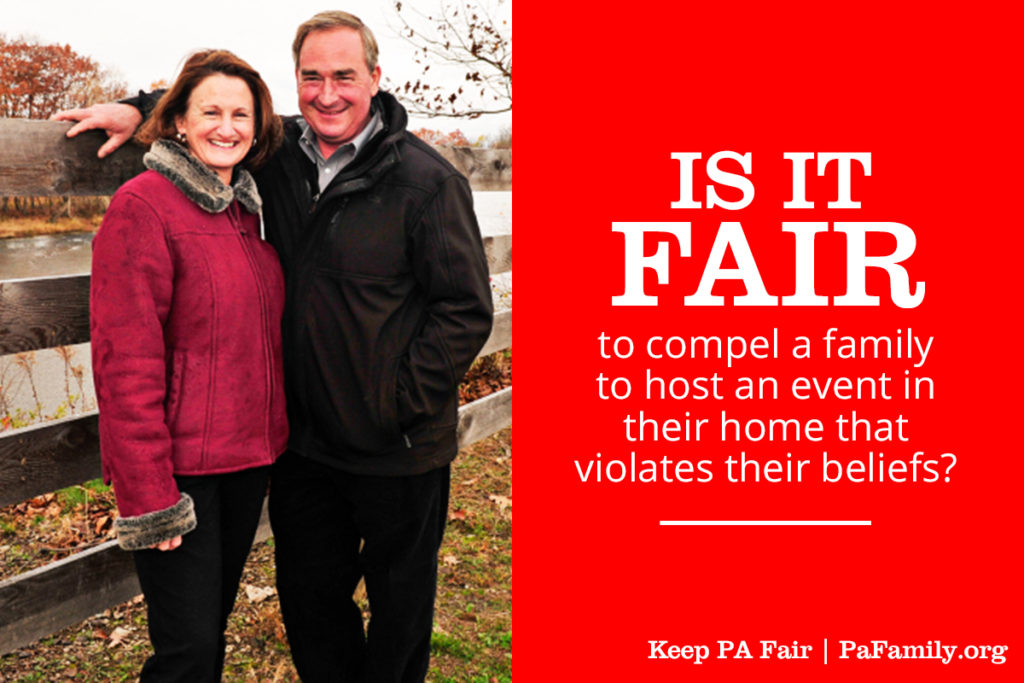