Vanessa Russo is the Compliance Program Administrator for Planned Parenthood Keystone – one of the three regions of the abortion giant in Pennsylvania.

She was recently caught on camera and highlighted in the 10th video release from the Center for Medical Progress exposing the organization’s involvement with the sale of aborted babies.

The video shows Russo commenting on the “ridiculousness” of having laws in place that make it illegal to profit from the sale of aborted babies.

“A company like this that wants to give our organization money for the tissue, I think that’s a valid exchange.”

“We can’t consent to be bullied by ridiculous laws and this media that doesn’t understand the big picture.”

See the full footage of the 10th video here: 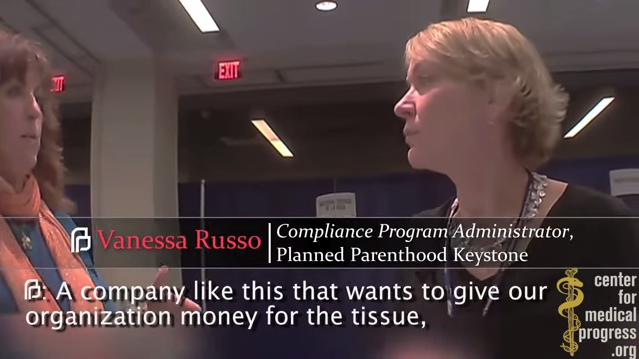